“Pick me up and throw me into the sea,” he replied, “and it will become calm. I know that it is my fault that this great storm has come upon you.”

T.J. Oshie stepped on deck in the middle of the storm, calmly facing intense stress with a smile on his face. Oshie, who plays for the St. Louis Blues during the NHL season, was playing for the USA Olympic Hockey team in a preliminary game during the 2014 Winter Olympics against Russia. With the score 2-2 after regulation time, the game had gone into a shoot-out, with Oshie the first to shoot. 40% is superb accuracy for a professional hockey player in a shoot-out. Oshie shot 6 of Team USA’s overall 8 shots in the shoot-out, making an amazing 4 of his 6 shots (66%), winning the game with his final shot, carrying his team to victory with his calm smile. NBC Video of Winter Olympic Hockey game shoot-out between USA and Russia.

How do you face intense stress, especially (unlike Oshie) when you are the cause of that stress? What do you do to become calm in the face of a storm in your life? For Jonah, the way to peace was through confession. Jonah has already confessed his faith in God (see Jonah Project Week 9). Now he confesses his fault, admits his responsibility for the troubles onboard this cargo ship. He also offers a plan of peace, one which will cost him his life. “Pick me up and throw me into the sea.” In the ancient world, Jewish people did not learn to swim. Jonah is asking for the death penalty, convinced that his death will rescue the ship. Though this sounds drastic and overly dramatic, and though the sailors at first refuse to grant Jonah’s request, as it turns out, Jonah is exactly right. He is at fault. His life on this ship is threatening the lives of everyone else onboard. He also points forward hundreds of years later, when Jesus tells his generation that the only sign they will receive is the “sign of Jonah”, the sign of his death and resurrection, opening the way for rescue and salvation for us all.

Taking responsibility for our faults is one of life’s most difficult tasks. I recall watching an episode of the TV series Happy Days (1974-1984), amused at how hard it was for Fonz to admit he was wrong. “I was wrroo… I was wrrrooooogh!” (See Fonz “I was wrroon..”) He just couldn’t spit it out. Covering our faults, pretending nothing is wrong, or blaming someone else are all common forms of irresponsible behavior. We’d rather not take credit for what has gone wrong in life, especially when we know we are to blame.

According to writer Walter Wangerin, there are steps we all can take to live a life of forgiveness and peace. (See As For Me and My House, by Walter Wangerin) First, we need to be honest, realistic and truthful about the situation. We are wise to ask such questions as the following: What was the fault exactly? Against whom was the sin committed? What are the consequences of the wrong? Second, we need to eat some humble pie, or learn a little humility. One of the ways to do this is to recall a time when someone else forgave us. Remembering mercy received may cause our heart to be ready to seek mercy again. A third step of forgiveness is the willingness to sacrifice. Jonah has this down cold. He’s willing to be thrown into the raging sea, to sacrifice his life to save these sailors. Fortunately, we don’t normally need such heroics to bring about reconciliation and peace. But we do need to be willing to let go of our need to win or to be in the right, and seek the good of others. The elderly Apostle John writes, This is how we know what love is: Jesus Christ laid down his life for us. And we ought to lay down our lives for our brothers and sisters.[i] Fourth, like Jonah, there comes a time when we are wise to openly and verbally confess our faults to another human. James writes, Therefore, confess your sins to each other and pray for each other so that you may be healed. The prayer of a righteous person is powerful and effective.[ii] Do you have anyone in your life at this time to hear your confession? If not, seek out such a wise one. Finally, we are wise to convert our words into deeds, put love into action, and seek to live into forgiveness through the way we live our daily life. Of course this is best done in community, with others helping us to bear our burdens by picking us up, and supporting us through times of crisis and personal storms. As Paul writes, Bear one another’s burdens, and in this way you will fulfill the law of Christ.[iii] 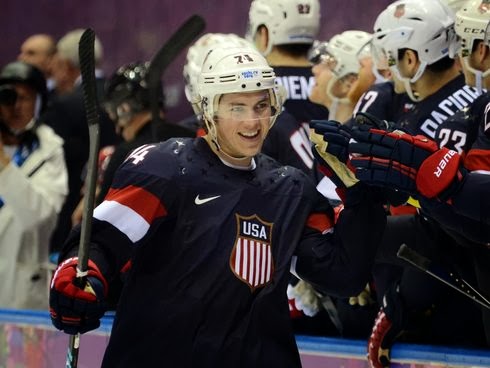