Jonah 1:3
But Jonah ran away from the Lordand headed for Tarshish. He went down to Joppa, where he found a ship bound for that port. After paying the fare, he went aboard and sailed for Tarshish to flee from the Lord.
I live two blocks from the Pacific Ocean. Over the years, I’ve met many people who have recently moved to our coastal village. Some are running away from one thing or another; fleeing broken marriages, getting away from financial troubles, or trying to start over after getting laid off from a career. Often, they are not sure what they are looking for, but only sure of what they are running from. So they come to the edge of the sea. If they ran any further west, they’d get swallowed up by the largest body of water on planet earth.
When Jonah heard God calling him to go east, to the great city of Nineveh, Jonah went in the opposite direction, due west, “down to Joppa”, an ancient port city just a few miles from modern day Tel Aviv, Israel (see photo below). In 2010, I visited ancient Joppa, now called Jaffa, and looked out across the Mediterranean Sea, wondering about Jonah’s choice. At the time, we were standing next to St. Peter’s Monastery in Jaffa, so I was simultaneously pondering Jonah’s and Peter’s choices in this same ancient seaport.
Like Jonah, Peter also went down from Jerusalem to the west, to travel around the countryside between Jerusalem and the sea, and eventually he settles in Joppa. Peter responded to a call to go to Joppa to care for a grieving community who had lost one of their beloved women named Tabitha who was a good woman and a helper of the poor. There in Joppa, Peter brings this dead woman back to life, choses to live in a Tanner’s home, which is a strange choice since such a home is ritually an unclean location for a faithful Jewish person. There in Joppa, Peter has his amazing vision of the inclusion of unclean Gentiles (along with their unclean foods), now welcomed into God’s family. While in the midst of this vision, Gentiles come knocking on Peter’s house with a message from a Roman military man, asking for Peter. All this takes place in Joppa.
Unlike Peter, when Jonah arrives in Joppa, he goes down to the harbor and checks all the destinations of the outbound ships in the harbor, choosing a ship bound for the port furthest away from Nineveh. The exact location of Ancient Tarshish is unknown but some believe it to be the southernmost tip of modern day Spain, near the Rock of Gibraltar. Jonah is running away from God. Of course, all readers of this tale who know the greatness of God’s heart begin to giggle at this point, as though it is possible to “run away” from God. The Book of Jonah offers readers humorous entertainment along the way to important life lessons about the great heart of God, a heart of compassion.
As our story begins, Jonah keeps going down: down to Joppa, down to the harbor, down into the hold of a ship, down into a deep sleep, and ultimately, down into the heart of the sea. Along the way though, he pays a price as we all do, when we try to run away from our calling or our troubles. Jonah hands over some cash for the fare. This ship is a cargo ship, and most onboard are working men, sailors whose spend their careers out at sea. Jonah, like most ancient Jewish people, is a “terra firma” kind of guy, loving the land, the earth, the soil. He also loves his Jewish people, and hates to leave them behind, and would prefer staying home to heading off into foreign lands among unclean foreign people. But he’s desperate. When we’re desperate, sometimes we chose to run away, casting off caution and comfort, and flee what is familiar, sometimes distancing our souls from family, friends, and community, and as if it is possible, distancing ourselves from God.
Our verse of the week asks us where we are heading. What compass bearing guides your life? How have you tried to run away from God, including from God’s call to you? What price have you paid for trying to flee from the Lord? The beautiful message from Jonah: God’s heart keeps reaching out to welcome runaways, welcoming any and all who are looking for compassion. God keeps calling to us to come home. As David sings in Psalm 139, “If I rise on the wings of the dawn, if I settle on the far side of the sea, even there your hand will guide me, your right hand will hold me fast.” 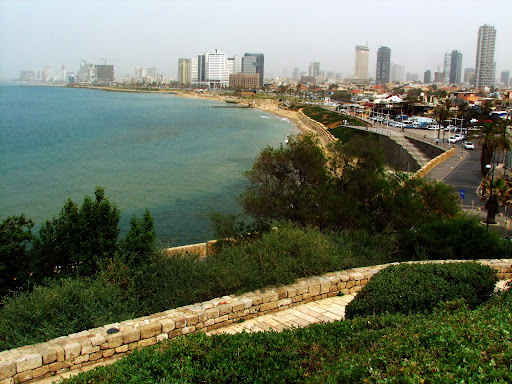