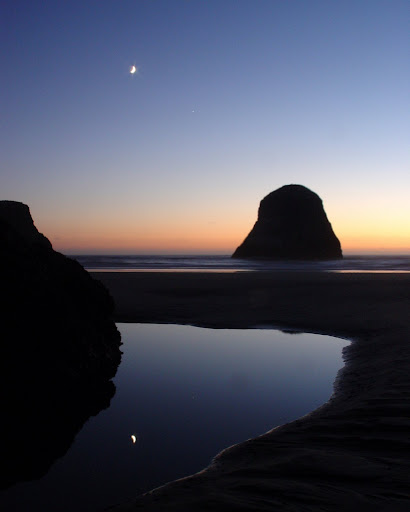 While listening to a new compact disc, one of the first things I do is read the liner notes. I like to know when the lyrics were written, who wrote them, and any special notations given by the artist about the creation of the music. With classical compact discs, the liner notes often contain biographical information about the composer, as well as performance notes surrounding the recording.

Like 21st century compact discs, ancient music often included liner notes, giving the reader an explanation of how the song was written, how the lyrics were to be read, or biographical details surrounding the composition. A classic example of such ancient poetic “liner notes” can be found in the Book of Psalms. Scattered throughout the 150 songs you discover short descriptions, liner notes, offering us a peak into the life of the composer. Take Psalm 63 for example: “A psalm of David, when he was in the .” No wonder then that the song includes such lyrics:

My soul thirsts for you, my body longs for you,
in a dry and weary land, where there is no water.[i]

Or flip back a few songs to Psalm 60 where the liner notes read as follows: “For the director of music; to the tune of ‘The Lily of the Covenant’; a miktam of David; for teaching; when he fought Aram Naharaim and Aram Zobah, and when Joab returned and struck down twelve thousand Edomites in the Valley of Salt.” These liner notes include a list of four details to help the music director know how the song is to be used: 1) the tune (‘The Lily of the Covenant’); 2) the style of song (a miktam of David); 3) the purpose the song was written (for teaching); 4) the historical background behind the lyrics. You can also find notes describing specific musical instruments to be used in playing the music behind the lyrics. Often the lyrics are also laid out antiphonally; that is, with a leader part and people-response part. The song was written as a two voice chant between a leader and the people, calling to one another across the sacred space of the ancient temple.

One of the most interesting liner notes in the Book of Psalms is something of a mystery. Even a quick flip through these 150 songs, you can’t help but notice a little word tucked into the lyrics of these ancient song-prayers: Selah. The odd thing about this little word is that no one knows exactly what it means. Guesses abound. The first time the word appears is in the middle of Psalm 3, just after verse 2. A footnote offers this unhelpful description: “Selah: a word of uncertain meaning, occurring frequently in the Psalms; possibly a musical term.” [ii]

As a jazz musician, the word Selah makes good sense to me. How many times I’ve played music with drummer, bass and myself at the keyboard, laying down a crisp rhythm behind a jazz vocalist. Often, the lead singer wraps up a verse, turns to the rhythm section with a nod as if to say, “hit it boys”. The lyrics cease as the musicians pick up the song, improvising on the melody, offering our creative variation upon the melody. After a four or eight bar break, she will pick up the melody once again, while the rhythm section lies low once again in support of the melody and words. Selah: a one word direction given to the singer to turn the song over to the musicians, letting the song of the instruments carry the tune awhile. Then the lyrics pick up again, allowing the musicians to slide behind the singer in the ongoing dance of vocalist and instrumentalist common to musical performance in every era of music.

Selah. This simple, mysterious ancient word offers us something more that mere musical direction for vocalist and instrumentalist. Most people I know do not play or sing in a band. Yet, nearly everyone I know owns a collection of recorded music. We own radios, cassette players, compact disc players, ipods, and all the other new gadgets for playing music. We love listening to music. What does this ancient word have for non-musicians? Selah. A way of listening.

Selah. This word invites the listener to pause in the middle of the song, in the middle of the day, to take time to reflect upon what you are hearing. Selah. Stop and really listen. Listen with your soul. After too many pages, too many television shows, too many power-point presentations, we become word weary. Selah. Take a breather from words. Listen to the wind. Listen to the creative variation of nature. Clear your head with a short walk around the block.

Selah. Take time off to relax and listen. A friend recently told me he was planning to take some “selah” time after the youth soccer season was over. Though working full time, fifty to sixty hours a week in the city, he was also coaching his two sons through twelve busy weeks, three or four nights a week of practices with games on Saturdays and Sundays. They had a very successful season pushing them into post-season tournaments. Finally, the team lost in the semi-final game, placing third overall.

Selah. Rest. Recoup. Stop and enjoy a few days with your kids, letting them be kids without having to rush them off into the next sports season of basketball practice or dance lessons or play rehearsals for the Christmas show. Selah. A way of balancing family life. A healthy way of living.

Selah. This ancient word invites us into a rhythm of life which allows us to catch our breath in the middle of the muddle. Let the musicians have a few bars to play. Listen to that creative interplay of rhythm, harmony and improvisational melody. Body, mind and soul need a little space in the middle to play, to create, to listen. The vocalist will jump in soon enough, picking up where she left off, singing the next verse and the next. There will always be more words and lists and pages and projects and presentations. They pile up like snow drifts in . Sit down by the fire. Warm your soul. Have a cup of hot cider. Breathe in the aroma of the moment. Rest. Listen to your soul. Selah.