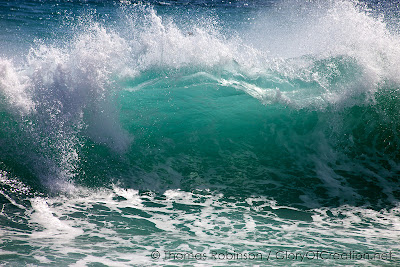 Excerpt from The Screwtape Letters, chapter VIII
” . . . Has no one ever told you about the law of Undulation? Humans are amphibians—half spirit and half animal. . . As spirits they belong to the eternal world, but as animals they inhabit time. This means that while their spirit can be directed to an eternal object, their bodies, passions, and imaginations are in continual change, for to be in time means to change. Their nearest approach to constancy, therefore, is undulation—the repeated return to a level from which they repeatedly fall back, a series of troughs and peaks. If you had watched carefully you would have seen this undulation in every department of life—his interest in his work, his affection for his friends, his physical appetites, all go up and down. As long as he lives on earth periods of emotional and bodily richness and liveliness will alternate with periods of numbness and poverty. The dryness and dullness through which your patient is now going are not, as you fondly suppose, your workmanship; they are merely a natural phenomenon which will do us no good unless you make a good use of it.
“Now it may surprise you to learn that in [God’s] efforts to get permanent possession of a soul, He relies on the troughs even more than on the peaks; some of His special favorites have gone through longer and deeper troughs than anyone else. The reason is this. To us a human is primarily good; our aim is the absorption of its will into ours, the increase of our own area of selfhood at its expense. But the obedience which [God] demands of men is quite a different thing. One must face the fact that all the talk about His love for men, and His service being perfect freedom, is not (as one would gladly believe) mere propaganda, but an appalling truth. He really does want to fill the universe with a lot of replicas of Himself—creatures, whose life, on its miniature scale, will be qualitatively like His own, not because He has absorbed them but because their wills freely conform to His. . .
“And that is where the troughs come in. . . . Sooner or later He withdraws, if not in fact, at least from their conscious experience, all . . . supports and incentives. He leaves the creature to stand up on its own legs—to carry out from the will alone duties which have lost all relish. It is during such trough periods, much more than during the peak periods, that it is growing into the sort of creature He wants it to be. Hence the prayers offered in the state of dryness are those which please Him best. . . . He wants them to learn to walk and must therefore take away His hand; and if only the will to walk is really there He is pleased even with their stumbles. . . . [The Devil’s] cause is never more in danger, than when a human, no longer desiring, but intending, to do [God’s] will, looks round upon a universe from which every trace of Him seems to have vanished, and asks why he has been forsaken, and still obeys.”
The Screwtape Letters (1941), by C.S.Lewis