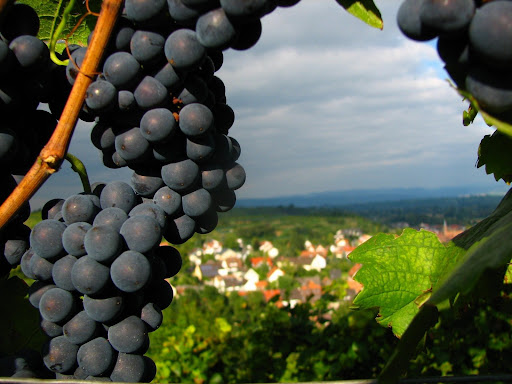 The Winepress
A Sonnet
Prepara te ad pressuras, advised
Augustine, knowing well the way of strife,
‘Prepare yourself for pressures’, heed the wise,
By yielding heart and body, soul and life.
With clusters hanging heavy from the vine,
September’s sun sends sweetness to the lush,
While harvesters move slowly down the line,
In vats the grapes to gather and to crush.
Of old did Jesus trod by Galilee
In Cana changed the water into wine
The first unveiled sign of life divine
The winepress on the road to Calvary
‘Let every one of you, your pressures fetch
Good liquor from the winepress so to catch’*
~by David Robinson, October 2007
The image of pressing grapes in a winepress was commonly used in the Middle Ages to describe the work of God in the lives of believers who were facing pressures and troubles. While the work of pressing grapes is an autumnal event in the northern hemisphere, in February, the vineyards are being pruned back in preparation for the growth of grapes for the fall harvest. Most of the European grape harvest was just completed a few weeks ago. In past years, as we’ve helped in the vineyard during harvest, I’ve thought of the hard labor of pruning the vines, which is usually done in January or February, in the cold, wet months of winter. As Jesus taught, “I am the true vine, and my Father is the gardener. He cuts off every branch in me that bears no fruit, while every branch that does bear fruit he prunes so that it will be even more fruitful” (John 15:1-2).
*quote in final couplet of sonnet from a Doctor of Ministry lecture by Dr. James Bradley on spiritual formation in the 17th century, Fuller Theological Seminary, October 2007. Photo by David Robinson, from vineyard overlooking Botzingen, Germany; Spat Burgunder grapes in early October.