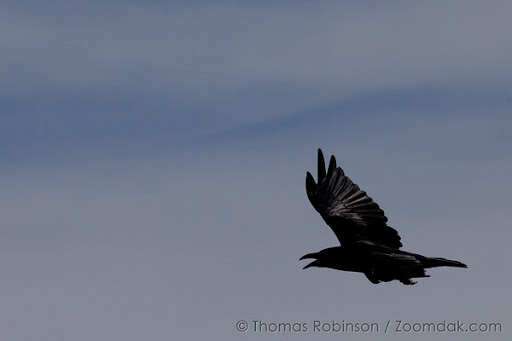 ~ a sonnet ~
Two ravens flying southward over Vail,
Caught our eye and ears as they passed by,
Conversing on the wing as if to say,
“How regrettable to walk and never fly.”
Katanoesate! Jesus declares,
To study with intent to understand!
Our corvid masters of the azure airs
Unveil their secrets to the mind of Man.
Earthbound without machines, we long to soar,
Beyond the petty pavement ‘neath our feet,
Into the mystery of raven lore,
Hidden deep within mountain retreat.
Remove the weights of ignorance and dross,
Reveal the Way, the Truth, Thy Holy Cross.*
*These two ravens were spotted flying above the ridge near the Eagle’s Nest, above Vail, Colorado, flying towards the Mountain of the Holy Cross on Sept. 5, 2011.This sonnet composed by D. Robinson on 9/5/11.